Every now and then I take on a project that fights me each step of the way. As I get closer and closer to done on these projects, I swear I’m going to set it on fire as soon as it’s finished. If King’s Puzzle hadn’t been gifted so quickly after it was finished, it would definitely be in my fireplace right now! 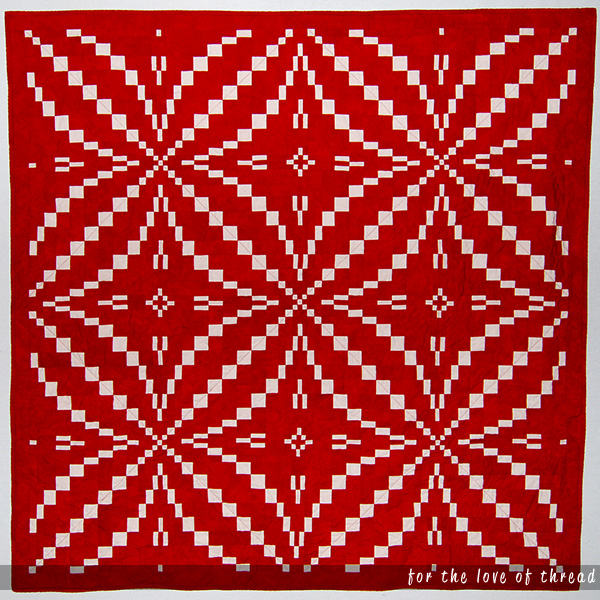 A Pattern I Can’t Recommend

Normally I would share information about the pattern in these kinds of posts, but it was such a rough pattern to work from. The picture on the front of the pattern looks like my final quilt, but the pattern is written with the colors reversed! It took multiple readings at each step just to make sure I was reversing everything the right way. Then some blocks were listed as length by width, and the last one in the sentence was listed as width by length. Nothing insurmountable, but it really killed some of the joy of the quilt making process. I just can’t recommend a pattern with so many problems in it. And I also don’t want to throw a pattern maker under a bus in case this was a one-time thing.

Obligatory picture of the quilt draped over the desk chair.

I’m also really in love with my new custom labels right now. I designed them in Photoshop and had them printed on Kona White from Spoonflower. I sew them into my backing for a couple reasons. The first is because by the time I finish the binding, I’m just done with the project and never took the time to sew on a label at the end. The second is a security precaution. If this quilt ever falls into the wrong hands, they will have to destroy the quilt to remove the label. 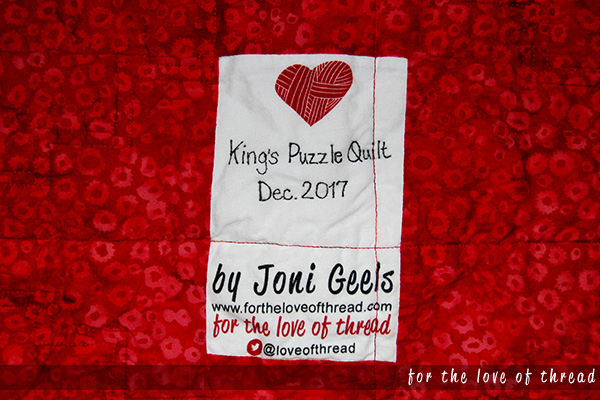 My custom label printed with Spoonflower.