Things are humming right along in my new studio, and I’m happy to share the first three blocks from the Perfect Half-Square Triangles Quilt Along.

When I join a quilt along, it’s usually because I thought the pattern was pretty. And who doesn’t like pretty things?! With Lee’s project though, this was all about learning a new way to piece half-square triangles. So I decided to use the same colors she uses in the sample on her site. Also, it’s a really pretty color way!

So without further delay, here are my blocks: 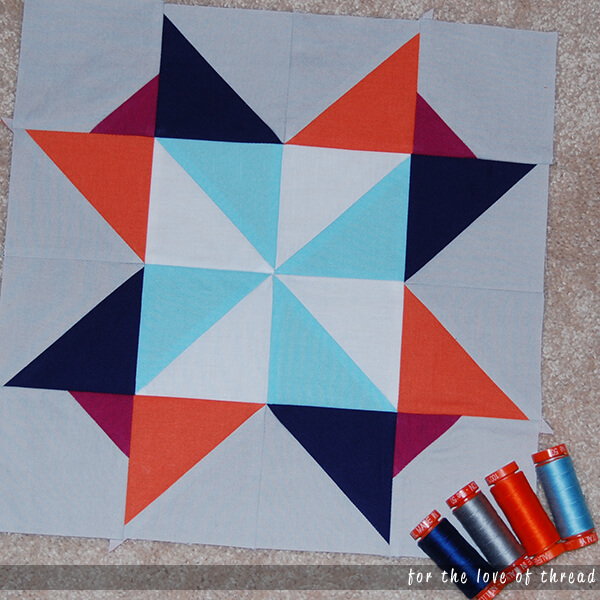 Block one of the perfect half-square triangles quilt along, Ridgeline Star

I’ve seen a lot of techniques out there for making half-square triangles easier to piece. Some of them are tedious but satisfying; others just seem down right wrong to me. This method seemed pretty easy. Sew on the lines much like you would with paper piecing, and then cut the blocks apart. Sounds easy, right?

Let me tell you how much I struggled with this the first month. The cut lines are a little thick, so I didn’t know quite where to cut. Some of my squares were a little bigger or a little smaller than they were supposed to be. But don’t worry, it gets easier. 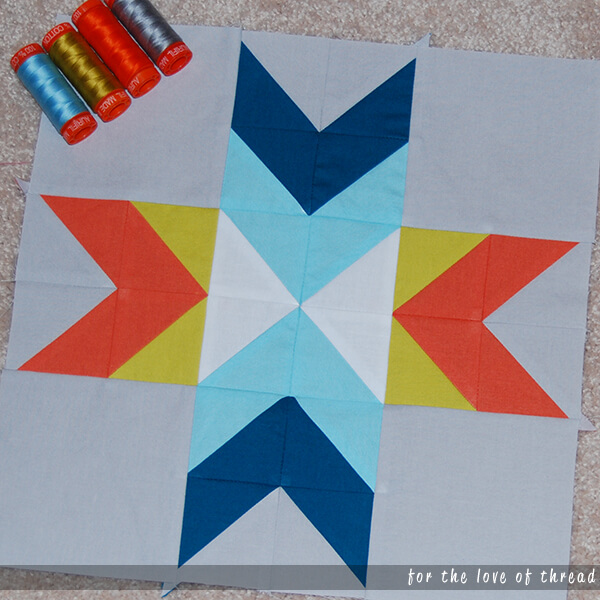 I’m getting better at knowing where to cut on the lines. More of my squares are the right size than those that aren’t. I feel like I’m picking up this technique and definitely did better this month than I did last month. 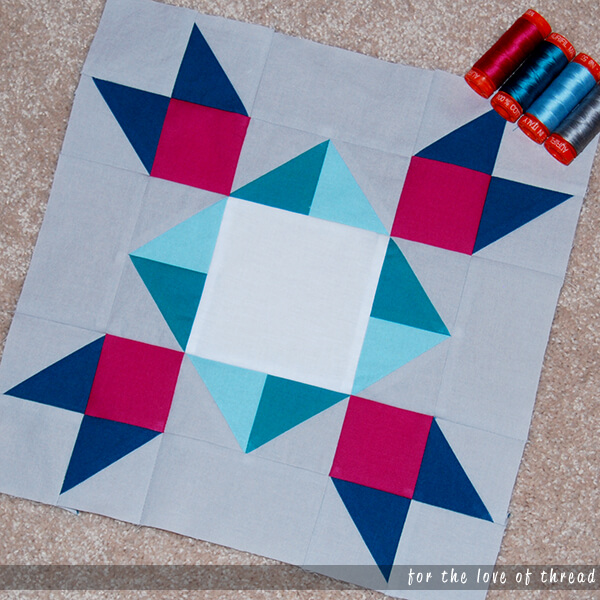 Winner, winner! Chicken dinner!!! It turns out that the key to getting the perfectly sized square is to cut directly down the center of the cut line. (I’ve never claimed to be a genius!) Each square came out exactly as it was supposed to, and I’m really looking forward to the next block.

Now that I’m caught up, I’ll post about each block as they are released and hopefully share some tips with you on what made the block easy or hard to finish.