I’m quilting along with Rebecca Bryan from Bryan House Quilts for the Stargazer quilt. I really struggle with paper piecing, so I try to do a major project using this technique each year.

Rebecca has a genius method for doing it, and spoiler alert: I didn’t study it until after my first three blocks were done the traditional way. I felt like I was so far behind on my sewing and quilting after I moved that I didn’t think I had time to learn something new. I watched her video tutorial for the first time this week, and my mind is blown! To say I can’t wait to try it when the fourth block comes out later this month is an understatement. It definitely would have saved me the time I thought I didn’t have!

But for now, let me catch you up on my progress for the first three months. 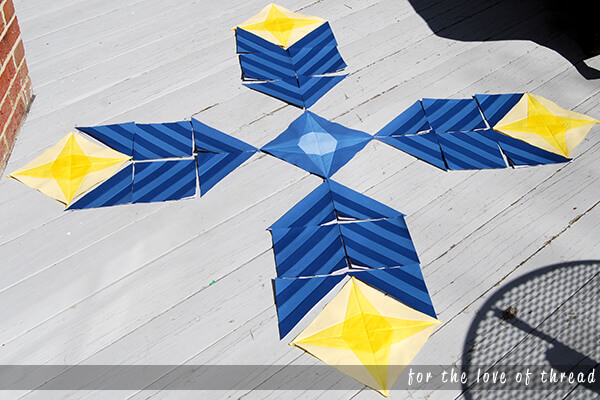 A bright sunny day meant a photo shoot out on my deck! Here are the first three months put together.

When Sir and I were combining all our furniture into the new house, we decided our living room colors would be blue, gold, and gray. Since this quilt will sit on the couch for Star Trek nights, we pulled out my box of paint chips and got to choosing. Since I’m doing the Princess layout that requires four shades of three colors, it just made sense to get all the colors from our cards. Here’s what we ended up with. 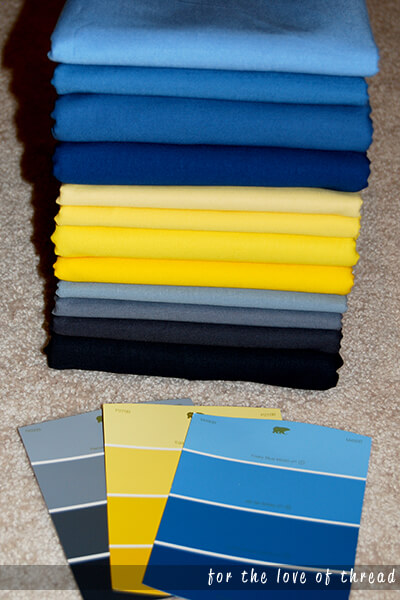 The fabric for my Stargazer quilt and the paint chips that inspired them! 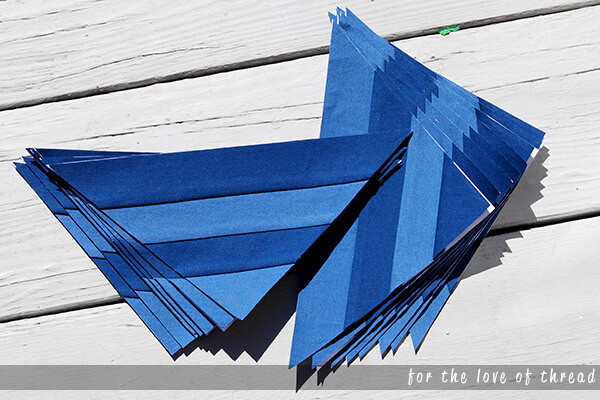 One of the things I like the most about this month’s block is that I can tell we alternated fabrics so seams would nest later on when we sew the blocks together. Hellooooo, perfect points!

Month one. I’m really kinda rushing through these so I can catch up, like I said before. These are cruising right along. Until I realized that I cut some rectangles 6 inches long instead of 7. No worries. As long as I’m careful, it will all work out. Now it’s time to trim off the extra fabric and paper. And, BAM! This happened.

Block 1, and I already have to do some un-sewing and fix some stuff.

I’m not sure if the fabric got bunched up under the ruler when I was cutting or if I had another piece too short. At any rate, I had to get out the seam ripper and fix some stuff. On to block two! 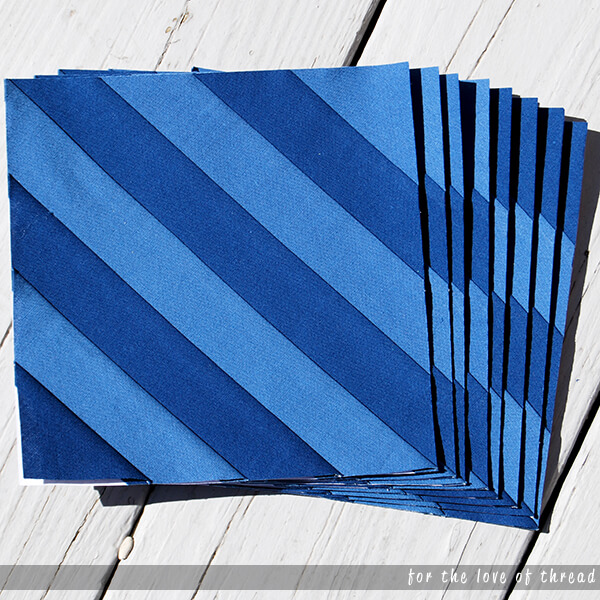 After learning from block one’s mistakes, these went together quite nicely!

The only remarkable thing about block two is that I didn’t make any piecing, pressing, or cutting errors. Apparently I was saving those for block three! 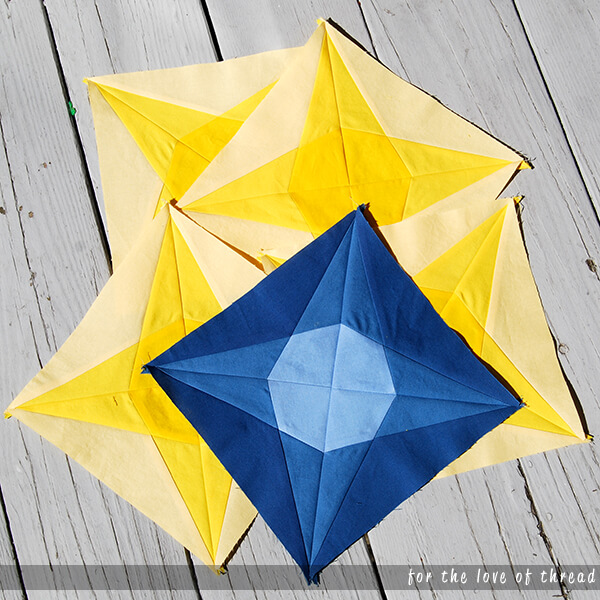 These took all. day. long!! I don’t think I sewed anything for two days after getting these blocks done.

These blocks trifled with me at every single step. Imagine a toddler who can’t talk combined with a teenager who only wants your money combined with your difficult Aunt Edna. That was this block for me!! But once I got into the groove they worked out in the end. This is where I’m thinking that watching Rebecca’s tutorial sooner would have definitely saved me some time!

So there it is. I’m all caught up on this quilt along until block four comes out later this month. In the meantime, I’m happy to take any paper piecing advice you have for me!!