Yay! Sir’s best friend had his birthday party, and I can now share my Barrel Aged Quilt. 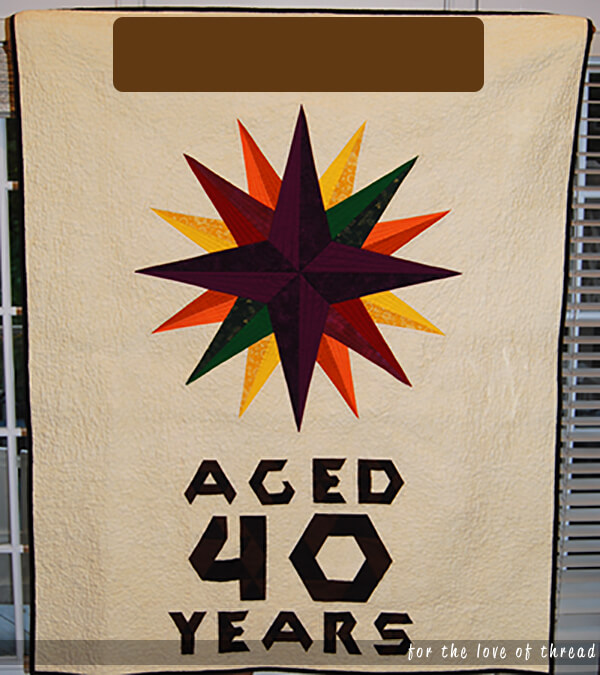 The Story Behind the Quilt

Sir and his friends love BBQ and whiskey. Since EL* was celebrating a milestone birthday, we decided to make a quilt that looked like a personalized whiskey bottle label. I don’t know how expensive a bottle of whiskey aged 40 years would be, but Sir and EL were totally worth it! 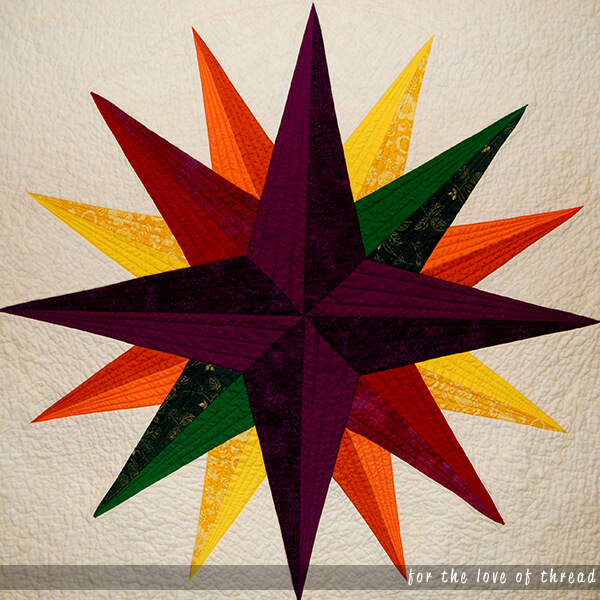 The mariner’s compass on Barrel Aged is from a pattern by Lessa Siegele. I really struggled to find a star that would be big enough to fill the “label,” but I really love this one. I didn’t have to resize it at all. It measures about 30 inches square. 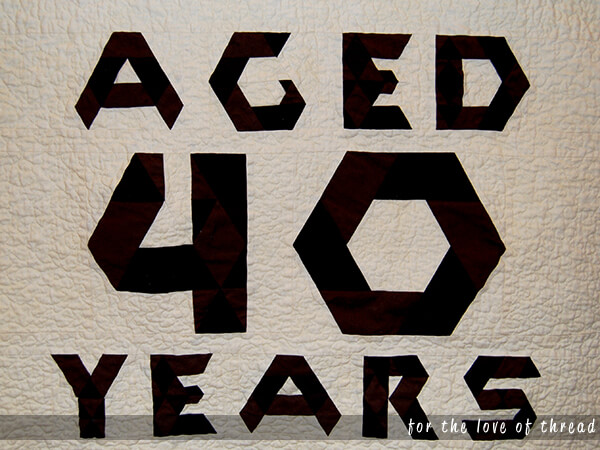 The letters in Barrel Aged are from Alphabet Soup by Julie Herman of Jaybird Quilts. Only the 4 and 0 are full sized. I knew EL’s last name, AGED, and YEARS wouldn’t fit in the width I had planned for the quilt, so I popped an email over to Jaybird Quilts to see how easily the pattern could be halved. The short answer? No. The Joni answer? We’ll see about that!

The Gs and Es were tricky because there really wasn’t any easy way to halve them. I put some tape on my ruler as a guide and made it work. These letters were so tedious and so tiny, but I’m really happy with how they turned out!

Because you’re probably here more for the pictures than my silly stories, here are some close ups. 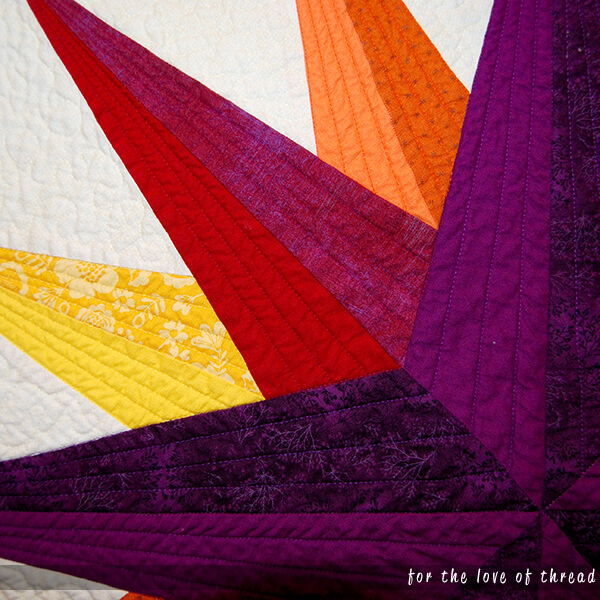 The quilting on the star took a while to figure out and get right. I love how much texture it adds though. 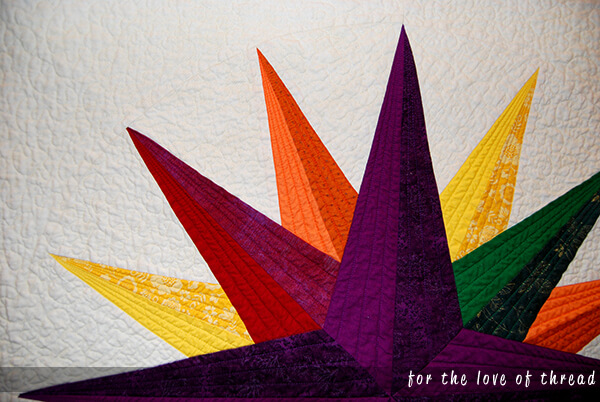 The background fabric looks like aged paper to me, and I’m really happy with how the meander quilting makes it look even more weathered. 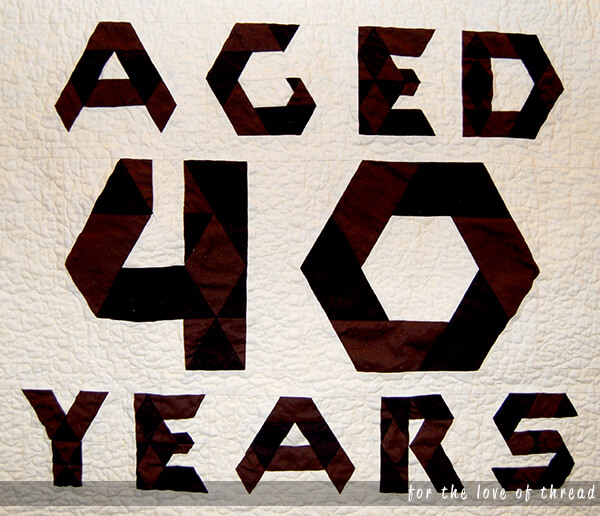 I had to really wash this picture out in Photoshop so you could see that I used two different browns for the letters. Every decision in this quilt was to add more texture and really make it look like a paper label.

The best part of making Barrel Aged was being able to finally give it to EL. The look on his face when he opened it and realized what it was he had reminded me exactly why I love making quilts for the special people in my life.

For anyone keeping track, this takes a project off my WIP list, so it’s time to go back to the drawing board (literally!) to decide what’s next to replace it on the list!

*EL is super private. The part of the quilt that’s covered up in the first picture is his last name as the whiskey “brand.” He just asked that I keep that to myself.